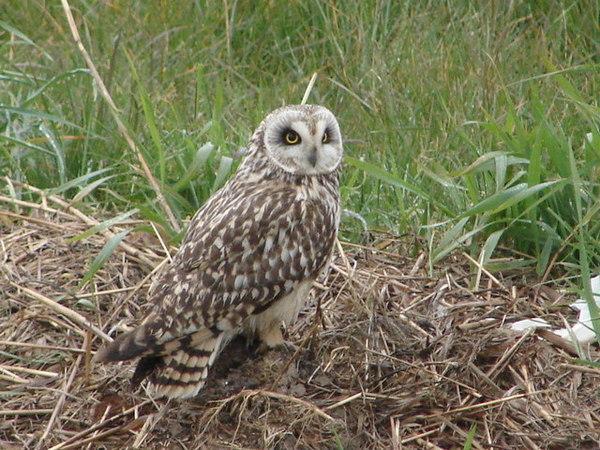 
Short-eared Owls seem to be regular winter visitors to the Ridgeway in West Berkshire and so I decided to take a short trip to see them. Arriving an hour or so before sunset, it didn't take long to see several hunting along the long grass and scrub. They perched frequently on the fences and posts, so I thought I would check to see if there were any pellets. I did in fact find one, but later lost it!


At the recent Berkshire Mammal Group AGM and very interesting talk from PC Ian Whitlock on Wildlife Crime, I saw there were copies of the FSC/HOT Guide to British owls and owl pellets available and thinking I'd later try pellet dissection, I bought one. 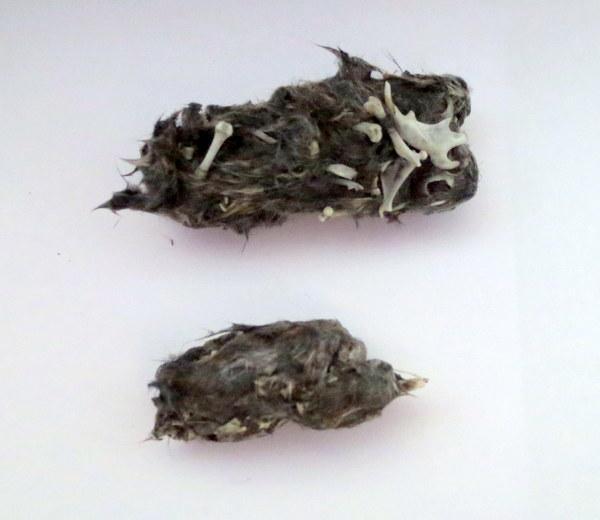 
Another trip to the Ridgeway one lunchtime produced 7 pellets in a short time. They were fairly easy to find under the wooden fences and near marker posts, though there were not huge piles in any one place. I already knew these were Short-eared owl pellets from the location and they were smooth and grey exactly as described in the guide. They were also light, containing lots of fur.


Although I suspected that most of the prey would be rodents, I wasn't sure which bones I'd find in the pellets. I realised that as the owls swallow small mammals whole, all the parts of the prey that are not digested (fur and bones) must be regurgitated at some point.


Soaking the pellets in water with a little disinfectant loosened them up. It was surprising that despite being light, they are highly compact and takes a little time with the tweezers to separate out the bones. Another slight surprise was the appearance of the leg bones. They were small but sturdy looking with clear ball and knee joints. The human resemblance made me feel sympathy for the prey. 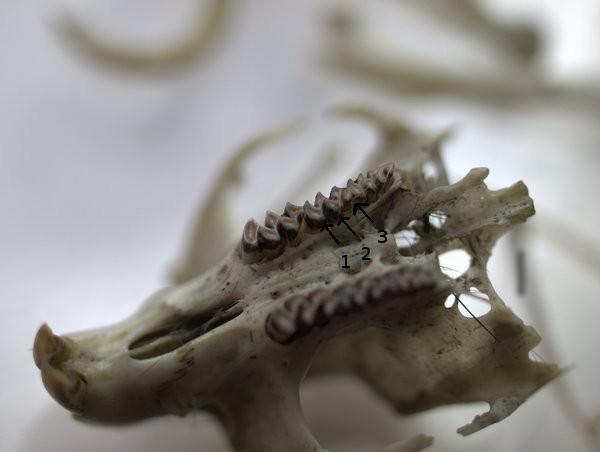 
The first pellet contained not one, but at least two prey items. The lower jaw molars showed that these were voles, but closer inspection was needed to decide between Field vole and Bank vole. Fortunately, I had a magnifying lamp, and a macro lens for the camera and this was not too difficult. There are three molars on each side. They form a sharp zig-zag with three lobes on the inner part of the middle tooth. This makes this a skull from a Field vole. The second (larger) pellet contained no less than 4 Field vole skulls!


One pellet contained some remains of a Wood mouse as well as a Field vole. The lower jaw of the Wood mouse is a different shape to that of the Field vole, and on removing the teeth, you can see 6 root holes. 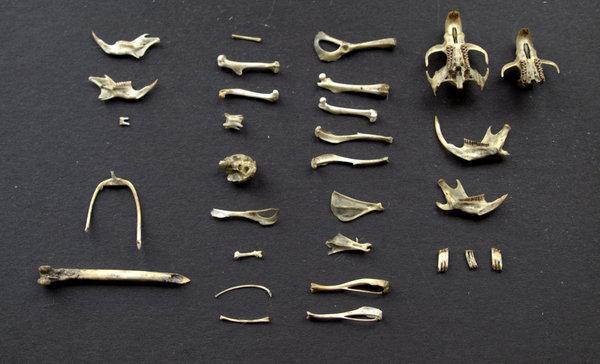 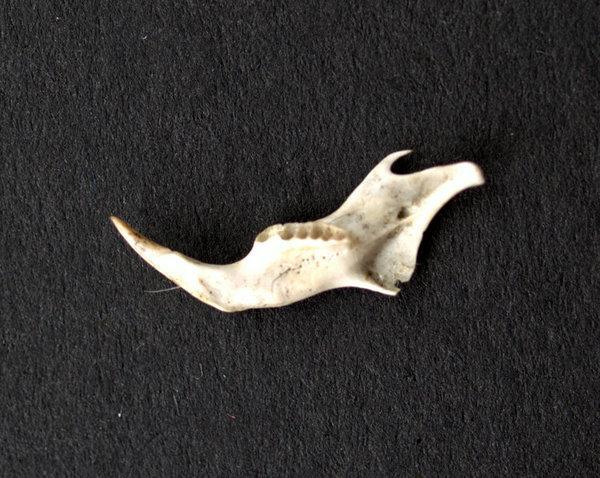 
A further pellet contained remains of a medium-sized bird. I won't try to guess the species, but I suspect it was at least as big as a thrush. This pellet was far more unpleasantly “mushy” - perhaps feathers break down in the owl's gizzard unlike mammal fur?.


Overall, in the 7 pellets there were at least 11 Field voles, 1 Wood mouse and 1 bird. There was quite some size variation in the Field vole bones, as well as in their teeth.


The habitat from which I collected the pellets was rough grassland with scrub but few trees, so perhaps this is no surprise. This is also consistent with published papers of Short-eared Owl diet; Field voles forming the vast majority of Short-eared owl prey, with Wood mice, Rats and various birds making up most of the rest.


If you are lucky enough to see a Short-eared owl hunting, it's a fair bet that there are plenty of Field voles around!